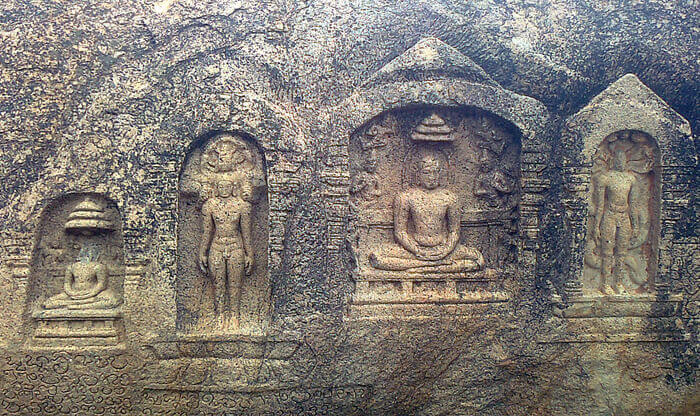 It might be a difficult task for any traveler to find a confluence of natural beauty and history intertwined with each other just like they do in Samanar Hills. Tucked beautifully away from the bustling city of Madurai about 12 km away in Keelakuyilkudi village, the hills have become an important tourist location in Madurai for its adventure, breathtaking views and serenity for people looking to unwind. In the local language, ‘Samanar’ means Jains and ‘Malai’ means Hills, portraying that that place used to be where the Jain monks lived.

The hills are declared and protected as a spot of historical importance by the Archaeological Survey of India. The hills offer a clear and exceptional glimpse into the rich and extravagant cultural heritage of South Indian in all its grandeur. The hills are strongly associated with Jainism and there are inscriptions found everywhere on the hills illustrating various features of Jainism.

There are several caves in these hills that are found to have several inscriptions and carvings on the cave walls that date back to as early as 1st century A.D. The hills are one of the earliest spots where Jainism is believed to have flourished during the early first centuries as depicted on these caves. The numerous sculptures and inscriptions on the caves have been studied well to gather insights into the rich history of Jainism and their rich cultural heritage in those times. Most of the carvings are found to be older than 2000 years.

Carbons dating of several Tamil-Brahmin inscriptions and Vatteluttu writings have found that they are over 2000-year-old. The reading of the inscriptions explains that many monks here practiced ‘sallekhana’ here, which means to take fasting until death. The visitors can also see a lot of flat rocks and stone beds that could have been used by the monks to take rest. There also are inscriptions that inform us about a Jain school that functioned at the cave. There are several Tamil and Kannada inscriptions that talk about the school and its functions.

At the entrance of the caves, anyone visiting the same can find a wide range of religiously prominent statutes of Mahavira, Gomateshwara, Yaksha and Yakshi. Most of the sculptures, ‘Pechipallam’ and ‘Settipodavu’ are what attract the visitors to these caves. While these sculptures are a great way to understand their religious beliefs, it also talks in volumes about their prowess in art and sculpting. The carvings are another aspect that explains about the presence of art in the lives of the monks lived there.

Samanar hills have become an important spot in the tourism map of Madurai and it has even found its way to the list of important places to visit in Madurai, quite convincingly. The views presented by the hills and the caves are different and rustic, which makes the place all the more luring and exciting to be at. Unlike many other places that offer northing fresh, Samanar hills are all about different, diverse and never forgettable experience.