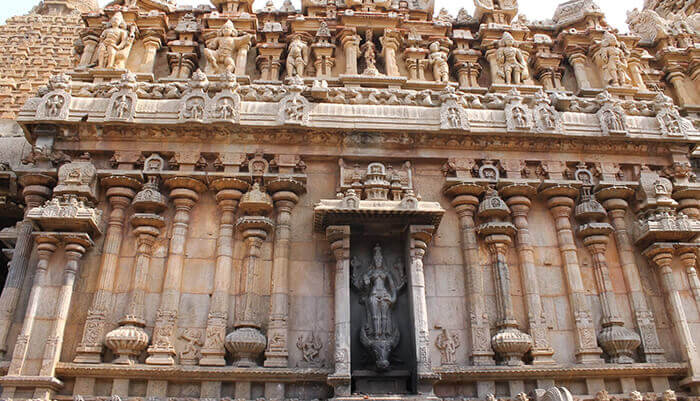 Located on the banks of one the tributaries of the River Cauvery, the Lord Murugan temple is only 5 kilometres west of the nearby town Kumbakonam. The temple can easily be reached from both railway station and bus stand as it is only two kilometres away from these two places. The Lord Murugan temple, also called the Swaminathaswamy Temple, is constructed on a hill created artificially on an elevation.

There are 60 steps that lead to the temple and the steps are built in accordance with the Hindu belief that speaks about humans having an average lifespan of about sixty years. Each of these steps is named based on the sixty Tamil years to give each step a distinct character and feel.

The temple also celebrates some of the festivals in all its glory and significance. Some of the most important festivals celebrated at the temple are;

Huge gatherings of people, tourists and worshipers at the temple can be observed during these festival seasons. This temple is always flocked by people from across the state, country and even from foreign countries.

The architecture of the temple is rather interesting and very unique. The temple structure is a three-storied one where the access to the upper storeys is restricted by a steep staircase. The sanctum sanctorum of the temple is located on the topmost floor of the temple.

Worshipers who want to carry out ‘Abhishekham’—a ritualistic offering—are invited into the inner sanctum where the ritual is carried out as per the rites. During the ‘Abhishekham’, worshipers sing hymns along with offering a myriad of gifts to the Lord. The ritual goes on for about sixty minutes.

The middle storey of the temple is constructed to facilitate walking around the temple and the lowest storey is where the temples of Lord Shiva are constructed. The detailing on the walls of the temple is a great element that can intrigue anyone who is interested in ancient South Indian architectural brilliance.

Another important aspect of the temple to appreciate is definitely the architectural creativity of the temple. While having all the nuances that can be observed in most of the temples built in and around Thanjavur, the Lord Murugan Temple also has its unique features setting it apart from the rest of the lot.