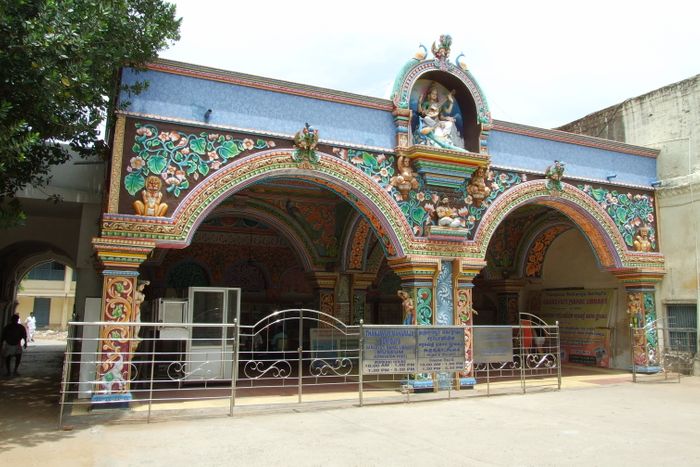 The southern state of Tamil Nadu is rich in religious and cultural history and appeals to history buffs as well as those who treasure cultural relics and monuments. The Saraswathi Mahal Library is one such gem that is located in Thanjavur (Tanjore) here. Also known as Tanjore Maharaja Serfoji’s Saraswathi Mahal Library, it is believed to be amongst the oldest libraries in Asia and harbors a rich treasure trove of rare collections of palm leaf manuscripts. The royal library was initially started for the private pleasure of the Nayak Kings of Thanjavur (1535-1675 AD).

It has a collection of over 60,000 volumes in Hindi, Tamil, Telugu, Marathi, English and some other indigenous Indian languages on display. However, only a minor fraction of these are on display. By special prior requests, some rare manuscripts can be viewed. An attempt is in progress to make the entire collection available online.

The library is located just outside the palace and is believed to be one of the rare medieval manuscripts libraries in the world and one of the oldest in the country. There are ancient Mahabharata, Ramayana and Sanskrit texts along with ancient Ayurveda medicine records and manuscripts. A majority (39,300) of the manuscripts are in Sanskrit with 22 manuscripts in Persian and Urdu. A visit to the library should be on your priority list when visiting Thanjavur. Since there are no signboards, hiring a local guide to show you around is best.

The library has a large hall that’s converted into a museum which is divided into sections. Awe-inspiring ancient manuscripts, illustrated manuscripts, palm leaf scripts, very small-sized palm leaf scripts, and scroll scripts vie for attention like a magnet. There is even an 1804 CE book here that describes various types of tortures practised by the Chinese government. Canvass paintings, glass paintings, wooden paintings, Thanjavur-style paper paintings, miniature paintings and portrait paintings of ancient Maratha kings all add variety to the vast collection displayed here. There is also an interesting set of paintings that compares the resemblance between man and various birds and animals too.

Getting to Thanjavur is also very easy as it’s well-connected with highways and railway. The nearest airport is in neighboring Trichy. You could stay over at the classy Sangam hotel which offers an authentic Thanjavur experience in plush modern settings.