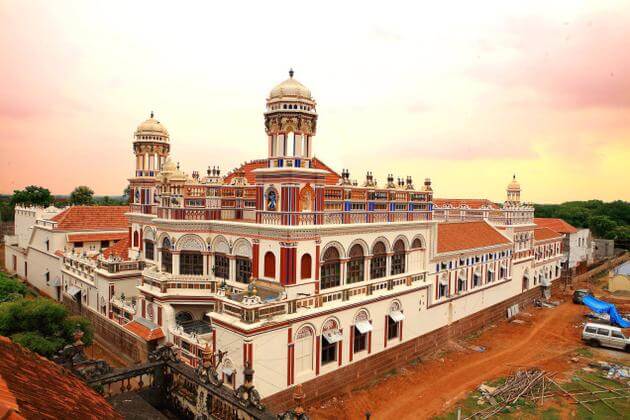 Architect T.M. Cyriac, whose firm recently won an award for heritage architecture design, talks about restoration of property and the importance of academic debate on architecture

Converting a 110-year-old palatial home into a heritage hotel is not an enviable task, but it is one architect T.M. Cyriac and his team pulled off. And their efforts were rewarded when Cyriac’s firm Environmental Creations bagged top honours in the Heritage Architecture Design category at the inaugural NDTV Design and Architecture of the Year Awards. The firm won the award for its work on Chidambara Vilas, a Chettinadu heritage hotel located in Pudukottai.

Cyriac is all praise for the Chettinadu architectural tradition, but admits that restoring a century-old house was no walk in the park. “Here, we already had a shell to work with and had to adapt the spaces, which were not suitable to begin with. So we made major changes, cut new windows, designed custom tiles and furniture to go with the theme, and even restored artwork. The finished product retains its old world charm but is fully equipped with all modern amenities.”

This restoration model is one he strongly advocates, especially in Kerala. “We see so many great houses abandoned in the less developed regions of the State, mostly because they do not have the facilities to cater to modern lifestyles. But if these were updated, apart from comfortable living conditions, they provide a peaceful ambience away from the rush of the city. Kerala is small and well connected enough for people to live in these areas rather than move to cities.”

As he speaks about the recognition offered by awards, Cyriac mentions that while plaudits do encourage architects, discussions about the arts are of more use. “There needs to be some academic introspection. We have fantastic critical reviews of films and books, but other arts are not discussed widely. For example a new building in the city can be reviewed on how well it serves its intended purpose. The building traditions we see today are a result of such discussions that took place elsewhere to address the needs of society, so their importance should not be overlooked.”

Another aspect of his field that he feels requires some work is infrastructure in cities. “While we develop roads and footpaths we often overlook the needs of specific sections of society. Suitable refreshment areas for women and facilities to allow the elderly to move about safely are lacking. This may be because only a small group of people are involved in city planning. Throwing open that discussion to more people would help in solving this problem,” he says.

Coming back to his work on the hotel, Cyriac says that the two year project gave him opportunity to interact with craftsmen who practise dying arts. “We worked with tile makers, plasterers and even had artists restore frescoes, which are not as popular in Kerala. While the craft base is slowly fading, this shows that there is still hope to revive these crafts. People often consider building and art as separate, opting to build and then purchase artworks to adorn the structure rather than incorporate art into the building itself,” he explains, pointing out the intricate carvings on a pillar in a photograph of the hotel interior.

He seems mildly disappointed that more architects do not focus on restoring existing building stock rather than fuel the demand for more real estate, but admits that things are looking up. “There is some focus on green designs now, with more people opting for passive lighting and cooling over mechanical. People have lived for years without mechanical aids and we are blessed with a lot of natural sunlight which can be used in offices and commercial spaces.”

The new recognition has already been taken in stride and Cyriac is happy with the work he does, offering words of encouragement to others looking to take up his vocation. “Architecture is about creating spaces to live in, and it is a profession that brings all craftsmen together. That is why it is called the mother of all arts.”