Places to Visit in Thanjavur

Thanjavur is located in Tamil Nadu and was the capital of great kingdoms in ancient times and today offers a treasure trove of arts, religion, and architectural gems. It is one of the few places in India where you will find beautifully preserved temples and relics.

Thanjavur is home to the ‘Great Living Chola Temples’ classified as World Heritage Monuments by UNESCO. Known for its cultural monuments, Thanjavur is also known as the ‘Rice Bowl’ of the country. Some of the interesting places to see in Thanjavur include:

Also known as the ‘Big temple’, it’s an outstanding example of south Indian temple architecture and features rich carvings and sculpturing. Located in the heart of the city, this 11th century temple is surrounded by gardens and has hundreds of carvings of lingams. It’s a world heritage site and believed to have been built as a symbol of the victory of the Chola kingdom. A visit to Thanjavur isn’t complete without visiting this temple! 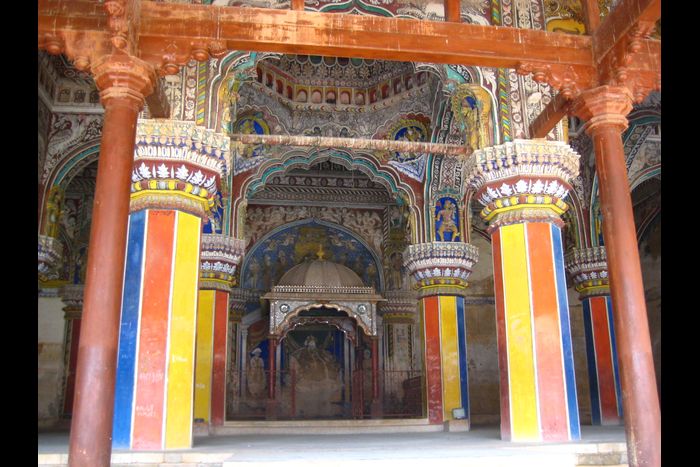 There are a number of places to see within this Vijayanagar Fort complex, a former residence of Nayak kings. Here you will find the Saraswati Mahal library and museum, the Durbar hall, the Nayak hall, etc. The Durbar hall has an awesome throne canopy decorated with glittering mirror work while the Nayak hall offers amagnificent display of ancient artifacts. This beautiful palace is really worth a visit.

This is another example of architectural splendor with its magnificent carvings. This thousand-year-old temple is also a world heritage site and a cultural part of Tamil Nadu.

This is one of the Great Living Chola temples and is believed to have been named after the white elephant of Lord Shiva, Airavata, which worshipped Shiva here. It’s another excellent example of heritage architecture.

Located within the palace complex, it’s believed to have some of the world’s oldest palm leaf medieval manuscripts and is one of the oldest libraries in Asia. It’s also home to some exquisite paintings and shouldn’t be missed.

Yet another example of outstanding temple architecture and intricate carvings of Hindu gods, this temple is popular for fulfilling marriage blessings and wishes. Once a vow is fulfilled, the newly-weds should return to give thanks and seek blessings.

If you are in the mood for a vacation, then Thanjavur should be your destination; it’s well-connected with roads and railway and neighboring Trichy offers the closest airport (56km away). You could stay over at the magnificent Sangam hotel and enjoy their traditional bonhomie and world-class facilities.