CV Raman – the Genius and Venerated son of Trichy 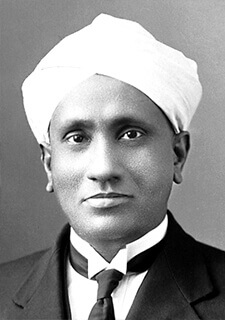 Born on November 7, 1888, Sir Chandrasekhara Venkata Raman—or more popularly known as C. V. Raman-is one of India’s most revered and prominent scientists of the modern era. He was born in Trichy, Tamil Nadu. Raman was the second child of his parents, Chandrasekhar and Parvati Ammal and was born in Tiruvanaikkaval, at his maternal grandfather’s house. Though he belonged to a family that indulged mainly in agriculture, Raman’s father was a lecturer of Physics and Mathematics, which influenced him to embark on a career that would make him a celebrated scientist in Physics in the future.

Even during his early stages of his schooling, Raman exhibited exceptional brilliance and stints of a genius. Winning great accolades, earning scholarships and prizes became an ordinary thing for him and his family, friends and the teachers at the school. Even when he was in the school, he was very much inclined with Physics leading him to build a dynamo himself. He had great curiosity for several concepts in Physics and a wide range of devices that worked on those concepts.

At the very young age of seven, Raman passed the examination of matriculation with the first rank, finishing his schooling. In order to study for the intermediate examination, he then joined AVN College. Being the brilliant student that he is, Raman kept surprising his peers and teachers winning more accolades along his way to pass the university exam with first rank.

In 1904, Raman left for Chennai—the erstwhile Madras-to the Presidency College, the best college in South India then, for a BA Degree, becoming the youngest student to study there. Most of the professors who taught in Presidency College were Europeans. It was at the presidency college that Raman’s interest in Physics became more focused and he began developing his liking for English.

Winning gold medals, in both Physics and English, he passed the university examinations with the first rank in 1904. In 1907, Raman secured his masters, too, with top marks and several accolades. He wanted to do research work in India, however, there was no scope for such research studies in India. Due to his bad health, he could not travel to Europe for studies. He then thought of joining the Indian Civil Service, which as the highest governmental job cadre in India. Even that required him to go to England for an interview. He then opted to join the Financial Civil Service, which was the next highest governmental service in India. He married Loksundari Ammal before taking his official position.

It was in 1906 that Raman published his first paper ‘Unsymmetrical Diffraction Bands due to a Rectangular Aperture’ in the Philosophical Magazine in London and the study received him international acclaim. In 1930, Raman received the Nobel Prize for his study on scattering of light and for discovering the “Raman effect” or “Raman scattering”, which was a photon’s inelastic scattering. His discovery of the inelastic scattering of a photon has spanned over a decade from 1922, when he started studying the ‘Molecular Diffraction of Light’.

To continue his legacy, Raman established, in 1948, Raman Research Institute in Bangalore, Karnataka. His legacy of knowledge and passion for learning can still be felt at the campus of the research institute he established. At the age of 82, on November, 21 1970, the genius physicist from India passed away.